In his book Boy Meets Girl: Say Hello to Courtship, Joshua Harris is talking about following Christ by faith, even when He doesn’t make it clear who we will marry and when. However, this can also be applied to other areas of our life as well.

That quote from the book really stuck out to me, because I am the kind of person who wants a clear plan before jumping in. When I travel, I want to have all of our destinations and activities planned out ahead of time so I can get the most out of the time I have. When I write books, I want to have the plot planned out before I start writing so I don’t get lost halfway through the story. I want to know where I am going. I want to know my next step or next goal in life. I want a direction. However, God doesn’t always show us what that plan is.

“Trust in the Lord with all your heart, and do not lean on your own understanding.” – Proverbs 3:5

We tell God we want all the answers, and then we will trust Him. But that’s not how it works. Trusting God and putting our faith in Him says that even though we don’t have all the answers, we know that He is good. We’re saying we trust Him to take care of us, knowing He has a plan and a purpose for our lives.

For someone like me who doesn’t like walking blindly, this can be difficult, but it’s worth it. Trusting in God and His strength, love, power, and knowledge is what He has commanded us to do. He knows everything, and we just have to live each day having faith that if we seek Him out daily, He will lead us in the right direction.

“Everyone who comes to Me and hears My words and acts on them, I will show you whom he is like: he is like a man building a house, who dug deep and laid a foundation on the rock; and when a flood occurred, the torrent burst against the house and could not shake it, because it had been well built. But the one who has heard and has not acted accordingly, is like a man who built a house on the ground without any foundation; and the torrent burst against it and immediately it collapsed, and the ruin of that house was great.” – Luke 6:47-49

This parable is also told in Matthew 7:21-27. I choose to use the verses from Luke because of the words “dug down”.

It sounds easy enough. Build your life upon God’s word, and He will help you through the trails. But it’s not quite that simple.

In his book, Joshua Harris points out two words that I’d never noticed before: “dug down”. In order for the Wise Builder to even begin building his house on the rock, he has to first dig down into the rock so that he can set the foundation. This is grueling work. The Wise Builder labors hard to dig down and build a strong foundation for his house.

The same applies to our study of God’s word. We have to dig down deep into God’s word to set the strong foundation for our life. It’s more than just reading the Word; it’s reading it, studying it, learning it, and obeying it. It takes a lot of time and hard labor, but God makes it clear that we need to put in the work.

If you haven’t read Joshua Harris’s book, Dug Down Deep, I would strongly recommend it. It’s a great read about what he has learned about theology, orthodoxy, and doctrine, and just how important those things are to a Christian’s life. I loved it, and I’m planning on reading again soon. 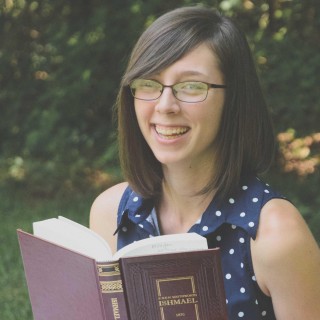